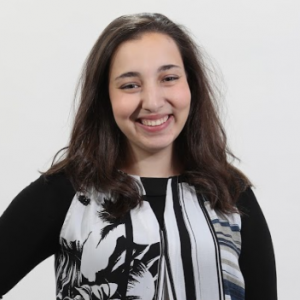 If you can’t join 8200, learn directly from those who did

My experience as an ITC Fellow

Rebecca Grossman, bubbling with a passion for innovation and tech enrolled in ITC’s Design Verification track in October 2018. Her dream of training in a unit designed like the prestigious 8200 was not as far out of reach as she had imagined. Rebecca shares her own version of what 8200 means to her now and how it got her hired at Samsung as a Design Verification Engineer.

“It’s hard to believe it’s been 10 months since we started our ITC fellowships. But in reality, my journey with ITC began long before that. About eight years ago, my dad handed me a book and said, ‘you should read this’. The title of the book was “Start-Up Nation” by Dan Senor and Saul Singer.

The book opened my eyes to the incredible high-tech world in Israel. I learned to love Israel in a way that went far beyond my spiritual and religious connection. It was a place that was changing the world, in a very practical way, every day. I knew it was where I wanted to build my career and my life. Sprinkled throughout the book are references to a special unit in the IDF called 8200 which produced entrepreneur after entrepreneur. I was entranced. From that point on, my dream was to join that unit.

At some point I realized that I was unlikely to join 8200. Cue Israel Tech Challenge, which was founded by Oren Toledano and Raphael Ouzan, both alumni of 8200, using the same principles that they learned to train others. When I first learned about ITC, I didn’t fully understand what they did. But it didn’t matter, I knew that I wanted to be part of it. If I couldn’t be in 8200, the next best thing was to learn directly from those who had been.

So, five or six years ago, I applied to ITC’s summer internship, and my application got rejected. Probably because, at that time, they didn’t know what to do with someone who was an electrical engineer rather than a software engineer. But boy has that changed!  Last year, three days before my Aliyah flight, I received an email from ITC about their new fellowship in Design Verification Engineering. Over the years I have had many friends who have graduated from ITC fellowships and internships and I have seen the success rates. And again, going back to my younger-self’s dream, this was as close to 8200 as I could get.

Everyone who joins ITC has an incredible story of why they wanted to come. Each of our why’s is different but the how’s are the same. How did we get here? Through courage and hard work. We turned away from previous jobs, changed fields, gave up incomes, moved across the world, learned a new language, commuted long hours, spent time away from family and more. We have dedicated countless hours to learn and master new skills. We worked on projects with our partnering companies and sought success with every fiber of our beings.

And I think it’s safe to say that we gained much more than just some technical skills to apply to our new jobs. We gained lifelong friendships and professional connections. Being part of the ITC family creates a bond for a lifetime. Whether it’s the next job or a job ten years from now, the people we will seek out will be the peers from our ITC cohort, those that came before us, and those who have yet to come.”

As Rebecca artfully walked us through this chapter in her life, bringing her love for tech and making a difference, it is easy to see how fundamental Hardware Engineering and Chip Design is in the industry. As a career that does not receive enough spotlight, it is certainly one that opens doors to the biggest and most lucrative players in the tech field.