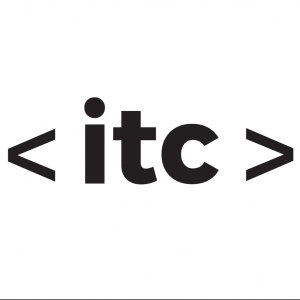 Why is Israel a startup nation?

When you think of a place that has palm trees, lots of Young people talking into their Airpods, and everywhere you look a familiar logo: Apple, Amazon, Intel, Yahoo, Microsoft, Google. All within a few blocks of each other your first guess might be San Jose or Palo Alto only difference is the vigorous smell of hummus and lack of Teslas.

This is Silicon Wadi, a Cluster of cities in Israel with one of the highest concentrations of tech companies and startups on earth.

It’s home to Waze, WiX, Sodastream, and Fiverr, files more patents per capita than all but 4 countries and is ranked 4th most startup-friendly nation overall, behind only Canada the UK, and the U.S, and despite being only slightly bigger than Fiji and having only 2.5% of the US population.

More than a few countries and cities have tried charming tech companies with tax breaks, grants, and more. On the other side of the Arabian Peninsula, Dubai built what it calls “Free Zones”, areas with special incentives to attract certain types of companies, like Biotech firms, movie studios, and tech companies.

At first glance, Dubai Internet City looks like a great success. And, to some degree, that’s true. It convinced Microsoft, Cisco, IBM, HP, and Canon to invest millions of dollars in the middle of the desert, at a time when the future of Dubai was much more uncertain.

But having beautiful buildings with famous logos on them is not the same as creating an environment of innovation. You’ll find plenty of the former in the Cayman Islands, but it’s not exactly the

first place that comes to mind when you think “cutting-edge research”.

Meanwhile, Silicon Valley is, despite its very high cost of doing business. In other words, tax breaks may bring companies, but not necessarily innovation.

Corporations come to Dubai largely for its promise of no income or corporate tax for 50-years, but often only for marketing, support, and sales, while hiring most of their engineers

in the U.S, India, and Israel. So, what do those countries have that others don’t?

There are three basic ingredients to a successful tech scene.

The first is Talent.

One of the best predictors of which is, unsurprisingly, education.

In the words of Scott Galloway:

“Find the universities that are gaining the most traction

in engineering or STEM and you’re going to find an ecosystem that can produce a unicorn.”

Basically, put a bunch of smart, ambitious people in a small, contained space, sprinkle-in some idealism, ideas will collide and good things will happen. At the level of a nation, universities are about proximity, and hey, if you also learn something along the way, that’s a bonus! Which is great news for Israel, one of the most educated countries in the world.

About 47% of those over 25 have a college diploma. The Hebrew University of Jerusalem, Tel-Aviv University, and the Israel Institute of Technology are all globally competitive schools. And because the country is just so small, and its population so highly-concentrated in just a few regions, it has the same fertile ground for entrepreneurship as a college campus, at a much larger scale.

About 92% of Israelis live in urban areas, almost entirely in the Northern half of the country. Startups, therefore, are surrounded by their customers, business partners, and competitors.

Starting a business is expensive, and someone needs to write the checks.

Once word gets out that somewhere, like Israel, is good at producing high-value startups, finding investors became exponentially easier. The more checks are written; the more venture capital firms pay attention. Israel’s government got the ball rolling in the ’90s with big incentives for anyone willing to come to invest in the country. Today, 4.5% of its total GDP is spent on Research & Development, second only to South Korea.

Now, producing lots of smart, young graduates and giving them bundles of cash is cool and all unless they take those skills and that capital to California, giving Americans the jobs and tax dollars.

The third ingredient is, therefore, a High Standard of Living. Israelis have to want to stay in the country. It’s a fun fact for South Africa that Elon Musk grew up there, but not much use because Tesla and SpaceX are American companies. And this is harder than it sounds.

On one hand, entrepreneurs and employees care about healthcare, crime, public transit, and so on. But, it’s a balance. Because, as salaries rise, companies are less drawn to the lower cost of hiring an Israeli engineer currently who costs $73,000 a year, over a Californian engineer who costs$114,000 a year.

Israel has to be attractive enough for people but not so expensive that businesses look elsewhere.

Together, these three ingredients go a long way towards making Israel one of the tech capitals of the world. But there’s also another, harder to measure, but, no less real, factor to consider: culture. If you graduate from Stanford with a degree in Computer Science on Friday, there’s a very real chance you could walk into a Facebook or a Microsoft on Monday and start making $100,000 dollars a year. Or you could spend your days begging for money with the possibility of losing a lot only to end up back at square one.

When the vast majority of new companies fail, starting one is a huge risk, especially considering how lucrative the alternative. It takes a certain kind of personality that’s willing to fail – and do so very publicly. In many Asian countries, the culture of saving face makes entrepreneurship unthinkable for many. The reputational damage of failure is simply too great. In Israel, however, a spirit of Chutzpah – roughly, audacity or sassiness – has just the opposite effect.

The author of the book Start-up Nation writes “Somewhere along the way – either at home, in school, or in the army – Israelis learn that assertiveness is the norm, reticence something that risks you being left behind.” Israel is one of a handful of countries that requires long military service for everyone

During their service, Israelis learn skills that apply to the workplace, make lifelong friends and business partners, and are reminded that their country can’t be complacent. Ultimately, Israel proves that there is no single factor to economic success. It has high rates of education, lots of government investment, and, especially considering its geography, an impressive standard of living. But it isn’t ranked number one in any of those categories.

Instead, a combination of all these things, along with factors like American foreign aid, allow the country to prosper.

It also shows that top-down, government policies are only so effective at encouraging entrepreneurship. Countries can hand out money left and right, but innovation occurs at the level of the

individual – his or her ability to take risks, start new projects, and learn new things.